Finnsheep, or Finnish Landrace as they are known in their native country of Finland, were first imported to North America by the University of Manitoba, Canada in 1966. Progeny was then brought from Canada by private breeders in the USA.

The breed is considered to be several hundred years old, descending from the mouflan that live in the wild on Sardinia and Corsica. They are also said to be related to other Scandinavian short-tailed sheep. Their success as a northern landrace  is testament to their ability to adapt to Finland’s harsh climate and available rough forage.

Finnsheep For The Commercial Market 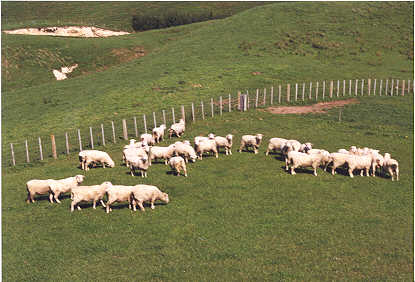 When outcrossed, F-1 ewes tend to be more prolific than the other purebred breed, but their weaning weights are considerably higher than that of purebred Finns.

First cross (F-1) Finn ewes produced the following return when compared to purebred Dorsets in a 1980 study at the Virginia Polytechnic Institute:

A similar study carried out by the U.S. Meat and Animal Reserach Center in 1972 confirms that Finn-cross market lambs have a growth rate equal to other purebred breeds. Prolificacy plus comparable weaning weights mean that Finnsheep add profit and increased yield to meat producers. Hybrid vigor pays off and is best attained by breeding purebred Finnsheep or 1/2 (F-1) Finn rams to ewes with no Finnsheep ancestry. 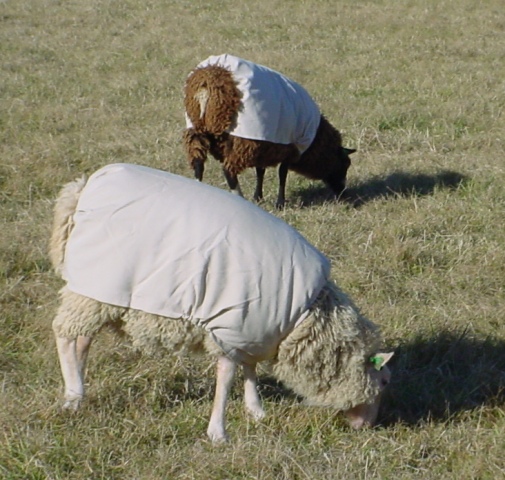 Finn wool!  A medium wool with a micron count from 24 to 31 (50s) and a staple length from 3 to 6 inches, it is suitable for hand-spinning and knitting of outer garments such as sweaters, socks, hats, etc.. The lamb fleeces are soft enough to make garments worn next to the skin. It is also an excellent wool for felting and can be used for traditional (wet) felting, needle-felting and fulling projects. The distinctive characteristics of Finn wool are luster and a soft hand. Finn wool has the luster (shine) otherwise found only in the long-wooled breeds, which are often coarser. It is also softer to the touch than other medium wools with the same micron count.

Finnsheep were originally imported to North America to  use in cross-breeding programs and increase the lambing percentage of commercial flocks.  Recently, many Finnsheep breeders are paying greater attention to wool quality, color, consistency and luster.  Some breeders are having their wool tested to get objective data to assist them in making breeding decisions to improve their wool. Greater attention is also given to designing hay-feeding systems so that sheep are unable to “burrow” in it.  Some shepherds jacket their sheep during the months when they must feed hay, in order to keep chaff from getting into the wool.  These preventive measures preserve the quality of the wool clip for hand-spinning purposes.

An Easy-keeper for the Home Flock

Finnsheep are a wonderful breed for the 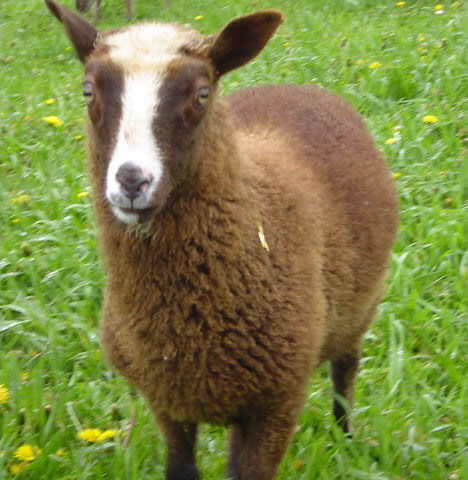 handspinner. Due to their small size and docile nature, they are easy to handle. They do not have horns, which can be destructive or get caught in fencing. They are also easy keepers. Best of all, Finnsheep are friendly! There is nothing more peaceful and relaxing than spending time out in a green pasture giving your favorite sheep a scratch under the chin or behind the ears. Many handspinners enjoy keeping just a few sheep for their own enjoyment, for fiber and companionship. Wethers (neutered males) make wonderful fiber pets and are often even more tame and friendly than the ewes.

While the breed is known for having “litters of lambs”, the ewes rarely require assistance in giving birth. The lambs are born small – mostly head and legs – which contributes to lambing ease. However, within just a few days they turn into beautiful, plump lambs. It is important to provide ample protein during the 3rd trimester of gestation through lactation to insure development of the lambs in utero and adequate milk production in the ewes. (Development of the lamb’s wool and the follicles which produce it, begin in utero!) Finn ewes are good mothers, doting on their lambs. They should produce enough milk to raise two lambs and often can raise three, if fed properly.  Additional lambs can be raised as bottle lambs, on self-feeding stations, or can be left with the mother and supplemented with milk replacer made for lambs. 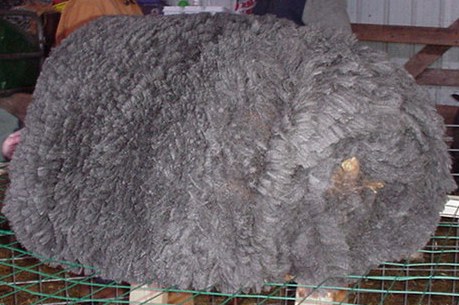 spotting (piebald).  Because white is most dominant, it is fairly easy to breed out the expression color,  if one wishes to have only white sheep.  Eventually, through breeding different combinations of the original sheep, solid black or brown color and piebald spotting began to be expressed. Solid color animals often fade to very attractive lighter black/grey or brown shades as the sheep age. Throughout the years, a few of the US breeders have produced genetic browns, greys and fawns.

In 1998, frozen semen was imported from Finland with the goal of introducing the genetics for sheep with brown, grey and fawn wool into the US. While these colors are still somewhat rare, they are becoming much more readily available in the U.S. Finnsheep flock.

Finnsheep follow the same basic color genetics as the other Northern Short-tailed breeds, such as Shetlands and Icelandics.  Some patterns such as “badgerface” (mäyrät) are rare even in Finland and efforts are being made there to preserve these rare colors/patterns as they are discovered on tiny remote farms. However, as the badgerface, grey and brown patterns become more prevalent in the U.S. and are crossed with different lines of Finnsheep, it is possible that more of these patterns will emerge.  Only the basics of sheep color genetics are currently known.  There are many complexities related to color fading, shades of color, patterns and the genetics of the rare colors such as grey that are still being discovered.
Dr. Hankonen, the veterinarian in NE Finland who is credited with saving the grey Finnsheep, classified many types of grey Finnsheep during his years of work. We are attempting to locate that information. For a more complete explanation of color genetics and their inheritance in Finnsheep, check out this site: Color Genetics of Icelandic, Shetland / Finn Sheep.

Here are the very basics of Finn color genetics…(with apologies to the scientific community for careless use of terminology)… Finnsheep carry 2 pattern genes (at the A locus) which determine if the sheep will be white, badgerface, grey/fawn or solid color. They also carry 2 genes for their base color (B locus), either black or brown. Both the color and patterning work together to determine the fleece that you see (phenotype) on the sheep.

A white sheep can have:
– 2 genes for white (= a white sheep),
– 1 gene for white and any other pattern– badgerface, grey/fawn or solid. 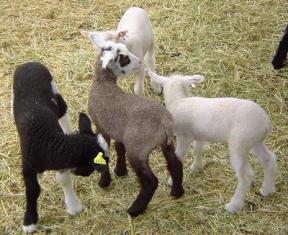 The White “pattern” is dominant to all other others. So if a sheep has even one gene for white, the result will be a white sheep.

Most grey and fawn Finnsheep have darker colored face and legs.

The Badgerface pattern is recessive to white and of equal dominance to the grey pattern.  It is therefore possible to have a grey or fawn badgerface sheep.

All Finnsheep are either black or brown based (B locus)–even white, badgerface and grey/fawn sheep. The white pattern completely hides the expression of this color, while a sheep’s brown or black color can be seen through the other patterns. Each sheep has two genes for their base color. The black gene is dominant to the brown gene. So every sheep will either have:
– 2 black genes (=a black sheep)
– 2 brown genes (= a brown sheep)
– 1 black and 1 brown gene (= a black sheep recessive for brown). 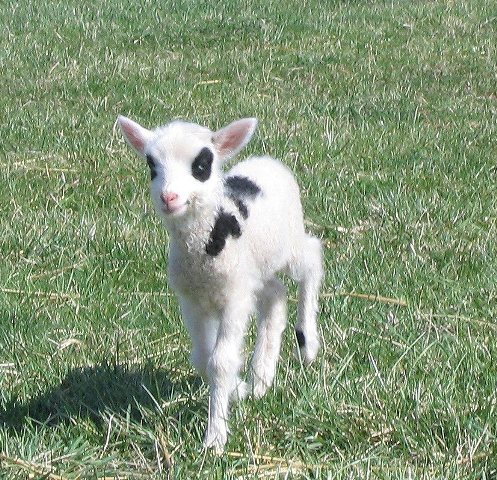 Spotting is caused by the piebald (S locus) gene. These genes are separate from the genetic factors already discussed. They are apparent on colored sheep, but may be passed on silently in white sheep. A sheep may either be black & white or brown & white piebald, or spotting may appear on a badgerface or grey/fawn patterned animals, as well. The piebald gene is recessive so each parent must have at least one copy of the piebald gene or no lambs will be spotted. Technically, the gene is for white spots, not solid color spots– so a sheep who appears white with black dots is actually a black sheep with  enormous white spots!

The Extension Dominant gene, at another locus (E) confuses many breeders by suppressing the expression of the pattern genes.  If a white, badgerface, or grey patterned animal inherits even one Ed gene, it will appear to be a solid black or brown sheep.  Spotting may still occur on an Extension Dominant sheep.

Pheomelanin is a tan or peach-colored pigment which is occasionally apparent in Finnsheep at birth. It appears to be found more in the primary fibers (hair), rather than the secondary fibers (wool). A lamb continues to gain more secondary fibers after birth and as he does so, the white 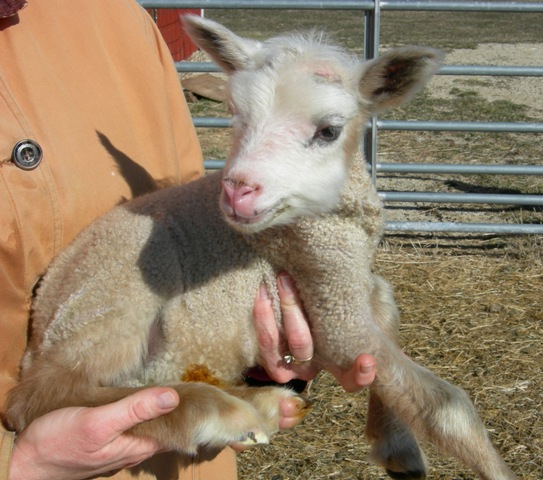 secondary fibers (wool) become predominant. The majority of the time, these lambs have all white wool by 6 months of age.

This coloration should not be confused with fawn. In the fawn color, the lamb is born brown and the wool begins to lighten along a sharp line in the wool. Fawn Finnsheep have tan colored wool with darker colored faces & legs throughout their lives. The phaeo-colored ram lamb pictured at the right turned completely white by 5 months of age, though he retained some color on his legs.

Things to think about:

Avoid chaff (vegetable matter from hay, straw etc.) in your wool fleeces. This may be more or less important to the buyer, depending on how s/he plans to prepare the fleece. As a buyer, ask the shepherd how he avoids getting chaff in their fleeces. Are his sheep jacketed? How does he feed their hay?

To what degree is the fleece skirted? Skirting is the removal, by hand, of the most obvious barnyard matter and fouled belly and backside wool from a 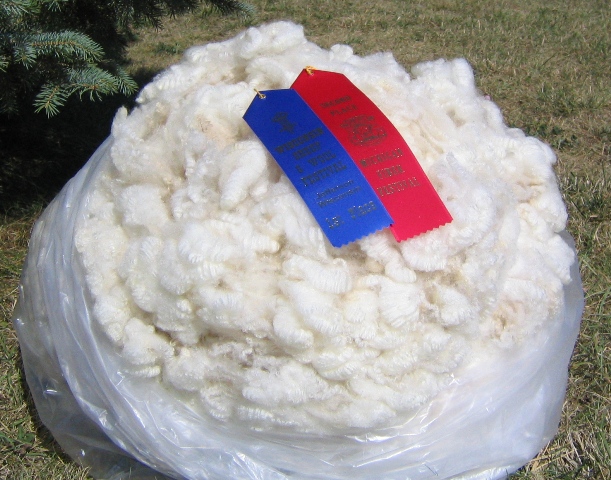 whole fleece.  Usually fleeces are sold for a dollar amount per pound of wool. The buyer and seller should both agree on how much of the fleece is being sold. Is the fleece you are buying lightly skirted, heavily skirted, are you receiving only the part under the jacket, etc.?

When washing the fleece, be very careful to avoid doing things that would cause the fleece to felt. Remember Finn wool “likes” to felt. That is why it is a preferred wool for felting projects. But you don’t want your fleece to felt in the laundry sink. Felting is caused by moisture, heat and friction. When washing wool, avoid drastic changes in temperature. Be sure your rinse water is the same temp as your wash water. Do not let the wool sit in the water for a long time and cool down, then put back in hot water again for your next wash or rinse cycle. Avoid agitating the wool!

Finn is not a very greasy wool. It can be washed using a (hand) dishwashing liquid. Ammonia or other harsh products are usually not needed for cutting the grease.